At Aspen Senior Care we specialize in caring for seniors with dementia and providing support for them and their families.  The Aspen Senior Center in Provo is a comprehensive Adult Day Care Center that supports family caregivers who are caring for loved ones with Alzheimer’s and other forms of dementia. We hear the terms Alzheimer’s and dementia used interchangeably but they actually mean different things. Dementia is a blanket term for a set of symptoms that include impaired thinking and memory decline, usually with aging.

The 3 most common forms of dementia are:

Less common forms of dementia include Frontotemporal Dementia (including Pick’s disease), Creutzfeldt-Jacob Dementia, Huntington’s Disease, Korsakoff Syndrome, and Parkinson’s Disease. To learn about all of the types of dementia, visit the Alzheimer’s Association.

The following video clip provides a clear explanation of the difference between Alzheimer’s and dementia.

PreviousIs Age-Related Memory Loss Reversible?
Next How Seniors Benefit by Coming to the Aspen Senior Center in Provo 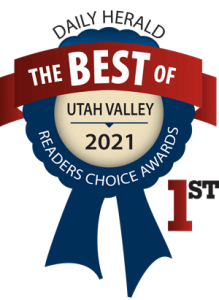 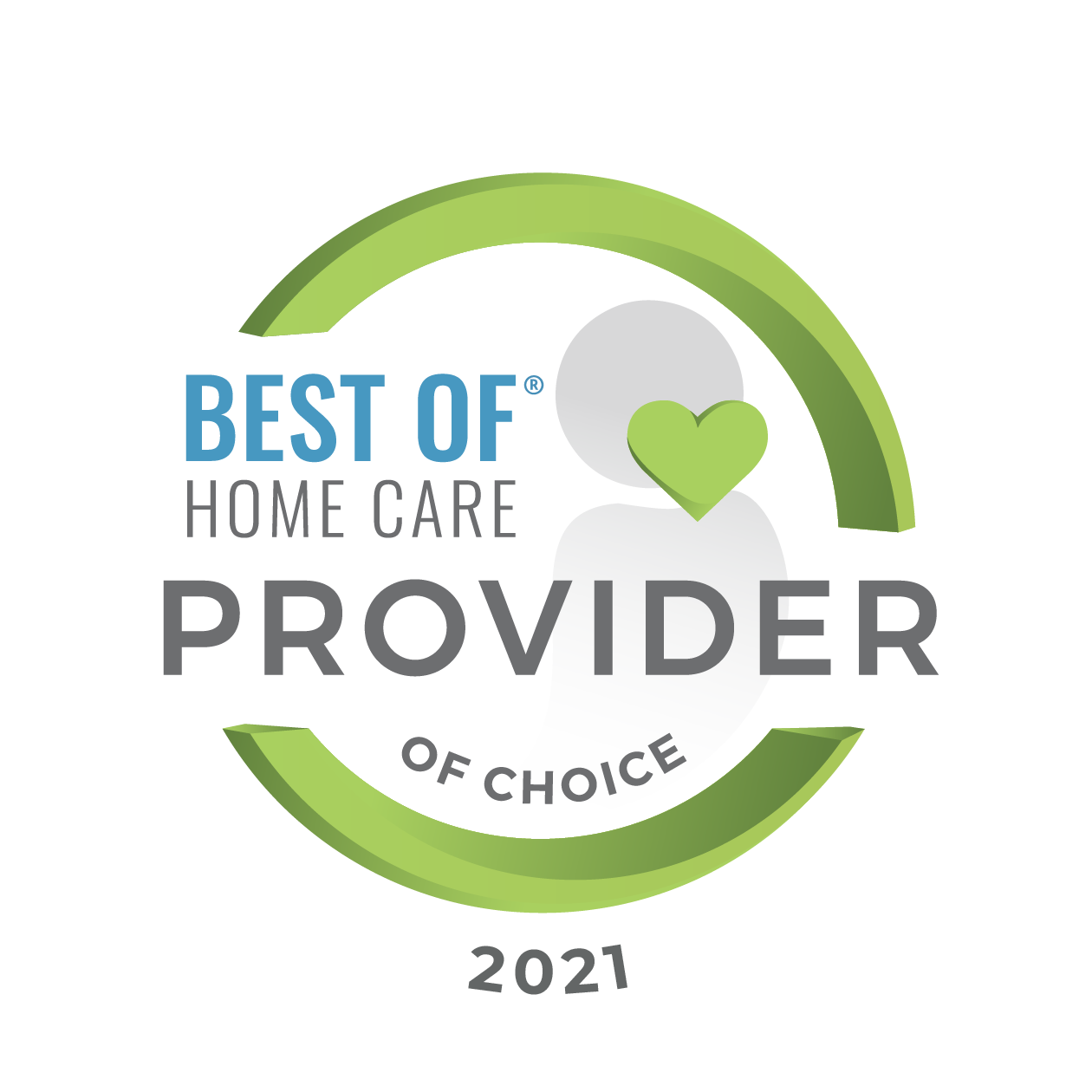 Having the services helps so that someone is with my mom while I'm at work, and the caregivers show compassion by the way that they talk to my mother. It shows a lot.

The caregivers listen and the services have always been excellent.  They ask me about my mother, they know about her and observe what they need to do.  This was penicillin to the soul.

I appreciate the great care and service that your team of employees has given to my mother and our family. I have always been impressed with the caliber of your caregivers that have come to my home to care for my mom -- they are truly amazing!

My mom really enjoys the caregiver's company and is comfortable with them in the home. Aspen Senior Care has caring, good, and kind caregivers.

Thank you so much for the loving care you gave to our mother since she was diagnosed with a terminal brain tumor. It is impossible to list the many people and services that were provided, but please know how much each and every one of you was loved and appreciated by our family. We know she counted each of you as a friend. The caregiver became a dear, dear friend to our mother. She truly went the extra mile in every way. We know that it is a very special work that you do each day, and you were truly a blessing in our mother’s life. Thank you!

Thanks for the great service and wonderful caregivers you provide to care for my mom.

I have been with Aspen Senior Care for several years now and have nothing but praise for the caregivers and office staff. My mom needs a lot of help with daily living activities and her caregivers are always ready to help with anything they can. I would recommend Aspen Senior Care to anyone who needs help to stay in their home.

The caregivers from Aspen Senior Care are on time, work hard when they are here and are knowledgeable of my needs.

Aspen Senior Care has made a positive difference in my mom's life because she likes the caregiver. It takes the stress out of my life!

Aspen Senior Care has made a positive difference in my mom's life because she likes the caregiver. It takes the stress out of my life.

Aspen Senior Care makes my mom's life easier by giving her more independence. It allows her to retain some of her previous freedom.  The caregivers assist her with doing her hair, shopping, and putting groceries away.

We have used Aspen for several years in the care of both our parents. We needed a company that would be dependable, professional, and flexible to the changing needs our parents were having. It has been a relief to know that someone would always be there. The caregivers and office staff have been excellent to work with any specific needs we have. We would highly recommend Aspen!

Thanks to you all for the care you gave to my mother. You are all so wonderful and caring.

Aspen is wonderful with my mom. They are very kind and gentle. I now have time to get dressed and do dishes. My mom does better with some else, rather than me.

Aspen Senior Care is very caring, and they start to become like family.

Aspen Senior Care has great caregivers who do what I want and who are very helpful. The caregiver makes the bed, washes my hair, and is kind, patient, gentle, and gives me a hug when she leaves.

Thank you so much for years of follow through and kindness to me and my family. We love and appreciate your whole staff! Thank you for all you do! We are so happy you are in our lives.

The caregivers have done a great job and are really professional. They communicate with me well. I have been really impressed with them!

They're a great relief. I work full-time, so there's no way that I could help my father every day. It's a relief to know that there's someone there every day. They're reliable, their caregivers are excellent, and they always have a backup schedule if someone can't come.

The services were quite helpful. It gave me a little bit of freedom.  Aspen Senior Care did a lot of things that we had been doing such as helping my loved one with chores, cleaning, and talking and visiting with her.

Aspen Senior Care has built a good relationship with my mom over the past 5 years. The caregiver assesses whatever needs my mother has, like changing batteries in her hearing aids and providing companionship. I have been pleased with their hard work and services.

The caregivers are very good at communicating and have been great. They are genuinely compassionate.

When my Aspen caregiver comes she provides good company for me, does a really good job with things I have asked her to do, and she makes me laugh. My caregiver really helps me because she does a lot of cleaning for me since I have a bad back and can't do it.

The caregiver is sympathetic, accommodating, and has gotten to know my grandfather so they have a friendship. She brings over newspaper clippings that she finds funny and they sit and talk at the table about life and the past.

Aspen Senior Care has a phenomenal process and the leadership of the company is solid. When there are issues, they are solved. They have great communication.

My mom can't do anything for herself so the services from Aspen Senior Care have helped a lot. The caregiver helps my mom with bathing, dressing, and getting her up. They talk to her and handle her with care.

I like that my caregivers are upbeat and positive, that they are prompt, and that this service helps me get nights of complete rest. I couldn't go without them.

The caregivers are always so positive, encouraging, and happy!

The services have had a huge impact on my life because the caregivers do all the things that I can't do.

My mother has an excellent quality of life with the help from Aspen Senior Care.  They allow her to stay in her own home and she is 97 years old and we have a great team taking care of her. They are so supportive and they make my mother's life so pleasant.

Can't thank you enough for all the support, effort, and work you all gave us when mom was a client.  I truly know her life was enriched by [Aspen] Activity Days! I will be forever thankful to you and your program!  Special thanks to Adam and Kara, we love them forever!

The services from Aspen Senior Care made me feel like my father was being cared for by people that truly care about him.

I like the fact that Aspen Senior Care is always dependable and I love my caregivers. They are like family to me.

The caregivers are close to perfect and are very thoughtful and caring for my wife and help her with everyday life. They are available when she needs them to help with things like bathing, eating, and dressing.

I absolutely need Aspen Senior Care. I couldn't get everything done that they do for me. They help me with my physical needs and housekeeping.

The services from Aspen Senior Care certainly make things easier for me. I have been very satisfied with their services. The caregivers don't waste time, they stay busy, and they do a good job.

A great company with a big heart!

Aspen took care of my beloved Aunt Kitty for years and this month, we hired them for my mother. This is a great caring company!

My caregiver really cares about my wife. She helps my wife get around better, visits with her, keeps her company, and they go on walks together. My caregiver does anything we need done.

The caregivers help with shopping and with paperwork. The services make my life easier because I have transportation and the caregivers do what they are asked to do. They are helpful and caring.

We wanted to thank you for providing some very kind care for our dad! It was a short time but it really helped us as a family when we really needed it. Thanks to his caregiver, AJ, for his time and energy as he worked with Dad! He really enjoyed visiting with him!

The most helpful things they do are prepare meals, clean the house, and help me with projects. They know what they are supposed to do and they do their best to keep busy from the moment they come to the moment they leave.